What Do The Americans Think About Consuming Cannabis?

Currently, the public view on the consumption and legalization of the herb has changed drastically. The numbers reveal that cannabis is gaining more followers by the day.

So, with such promising statistics from America, what do its inhabitants think of taking such supplements? Do they accept it? The post below has answers to these and many more queries.

Cannabis (or marijuana) is a group of three plants with psychoactive characteristics, known as Cannabis ruderalis, Cannabis sativa, and Cannabis indica. It’s made up of over 120 components referred to as cannabinoids. Researchers may not know what each cannabinoid does, but they have a relatively good understanding of two of them, referred to as delta-9 tetrahydrocannabinol (THC) and cannabidiol (CBD).

Both cannabinoids have their unique feature:

How The Americans Feel About Taking Marijuana

Granted, there’s a minor variation in numbers about how many Americans support the legalization and how many oppose it. For instance, the latest studies find that 53% of people agree with marijuana use, while 44% disagree.

It may get confusing figuring out where they stand with these numbers. Luckily, the points below will make everything clear:

Cannabis, particularly one of its cannabinoids, CBD, boasts a variety of health benefits that Americans and many other cannabidiol users around the world enjoy. Some of these benefits are:

As per the figures: 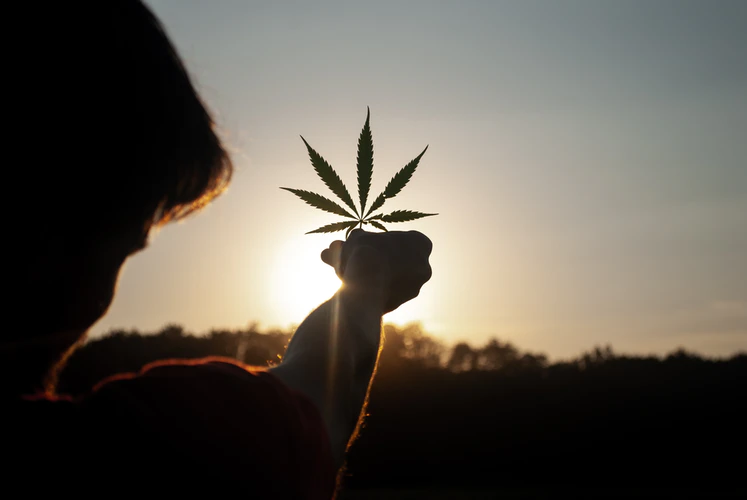 Before, consuming marijuana was taboo. Now, Americans widely accept it. As per a survey from Gallup, at least 70% believe that smoking marijuana is morally acceptable. That’s more than those who feel that gay and lesbian relationships, stem cell research, and having a baby outside marriage are morally right.

Most individuals use a substance for a particular reason. If it’s artificial, chances are it won’t offer the satisfaction that these people seek. It’ll only cause a craving that gets worse with each consumption. Tropicana strain is an all-natural substance that packs all the sought-after components in the right amount.

Manufacturers create CBD products from cannabidiol oil and sell them at particular doses. When Americans consume them according to the recommended doses, they offer satisfaction and relief at once.

Manufacturers design marijuana products in a way that’s both appealing and convenient to Americans. For recreational use, for instance, designers provide a joystick, or a cannabis cigarette, that leaves little to no stains on clothes. Plus, you can receive an impressively sufficient boost from just a single cigarette.

Also, the cannabidiol product, CBD vape, offers users the goodness of CBD from a compact device. Producers create the vape juice in the device’s cartridge from food-grade ingredients, so it’s safe for oral consumption. Some of the benefits of vaping cannabidiol are:

5. Its Future is Promising in America

As more Americans discover the beauty of cannabis, more are embracing it and actively using it for both recreational and health purposes. Recently, YouGov, a public opinion and data company, in partnership with Sunnyside, a retail brand of Cresco Labs, conducted national research. Through the study, they discovered that approximately one in four Americans used marijuana over the past year.

The study also found that 23% of current marijuana users have tried it for the first time in the past year. This hints that the COVID-19 menace played a massive part in raising the public’s interest in marijuana consumption, whether for medicinal purposes or leisure.

It’s a big step from 2018 when just over 15% of American adults admitted that they consumed marijuana. This is a good pattern for both cannabis consumers and enterprises alike. With the elevation in marijuana use, Americans can expect increased accessibility towards curing illnesses for medicinal users, more innovative marijuana items appearing on the market, and lowered stigmatization around its use.

Cannabis is leaving an impressionable mark in America, and it’s not stopping anytime soon. The Americans are interested in learning more about it. This is evident from how scientists in the country tirelessly research the herb. With each passing day, the number of cannabis supporters keeps rising, and the message is clear: They love marijuana consumption. If you had reasons to doubt this undeniable fact, the article above clears all these doubts.

How Do the Wholesale Vape Packaging Orders Prove Profitable for The Brand?