The Ultra Lifestyle Guide to The Most Relaxing Places On Earth

No matter what you do to relax, using herbal aids or without we can all agree that to truly relax one needs to put themselves in a relaxing environment. When you close your eyes and you think about the most relaxing place, or even just trying to relax at all. Generally some type of imagery enters your mind. Whether’ its the gold shore of some remote beach or the lush green jungles of some tropical location. Or maybe just nuzzled up in your pajama’s under the covers on a rainy day. Whatever place it is that you go to, its calm its peaceful its beautiful.

So by keeping this in mind, we set out to research some of the most beautiful locations on the planet. Our first stop on this voyage of relaxation are some of the most surreal places on earth .

The Most Surreal Places on Earth

“Angkor is a huge complex of the 12th century temples in Cambodia. No doubt that it’s a place of historical and cultural interest. The buildings are ancient and magnificent. But what do you think is really strange about this place? Just look at those trees! They look like an ancient nation of ants, the walking trees from “The Lord of the Rings” movie! Do you think they can really exist?

Are you a desperate vagabond ready to conquer the highest peaks and submerge into the deepest depths to steal the concealed secrets of the universe? Buck up! Today is a great time to plan the possible route of your next risky adventure! You might not believe your eyes, but the places we will show you really exist. Some of them will bring you on the verge of tears, some will make your heart beat faster, another will make your hair stand on end – anyway, they won’t leave you indifferent.

We won’t go too verbose as no words can render the celestial charm of those sites. “A picture casts a thousand words

Justin’s Insight: Back when we were kids, the thought of relaxation was somewhat of a joke. Our minds are so full of imagination telling amazing stories that spending time doing nothing would seem like a waste of a great Saturday or any day for that matter. Growing up in the mountains above the beach in California, most days were spent, stomping through the wilderness building forts and fighting off invisible attackers. That’s what Angkor the 12th century temples in Cambodia sort of remind me of amazing trees growing over the grass lined walls of theses ancient structures. It almost reminds me of a scene of Lord of the Rings and that this tree at any time would start speaking entice.

With the blue skies above seeming so inviting one couldn’t help but imagine curling up at the base of one of these amazing trees, with your favorite book, and a deep bowl of sweet blends, and sitting for hours as the stunning white clouds pass over head through the cobalt meet aqua skies above.

In a place like this anyone would be hard pressed to do nothing but relax. But as to each their own where some people’s ins are some people’s ant’s.  There are those of us who get more relaxation, from being active oppose to as happily content in a cozy spot. Which brings us to our next destination. If you’re one of those that find yourself feeling more relaxed in suspenseful situations.  Then you’ll love this article we found on hailmaryjane.com, that does a great job showcasing the 7 most extreme places to relax. Do you like to get high? And I mean really high?

7 Extreme Places to Get High 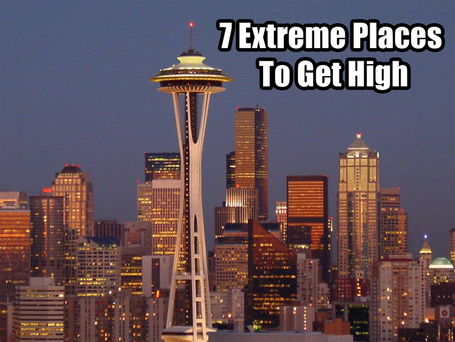 Trees and fluffy clouds aren’t everyone’s idea of nirvana. There are those of us who like to be more active while relaxing. So in this next article on HailMaryJane.com | 7 Extreme Places To Get Relaxed we visit something the more interested and places around the globe to relax. Starting out at the top of the space needle, which I can say from personal experience, has an amazing view and not so amazing roller coaster, and with Oregon’s liberal medical position relaxing at the top of the structure is the most definitely within the scope of possibility. But if that’s not your venti iced caramel latte, then maybe this scorching sands of the desert, ancient artifacts and reading thousands of year old cartoons of funny looking people and their pet cats painted on rocks. Then possibly the pyramids in Egypt would be a perfect place for you to relax.

“This is a Guest Post from our friends over at Weed Maps. Getting high is in and of itself quite a rewarding experience, but to really get the most out it, getting high in extreme locations is the way to do it. There are more places than one might think that fit the description of extreme. We’re not talking about in your pickup truck outside your local medical marijuana dispensary. For example, getting high at the top of the space needle in Seattle is an option worth pursuing. There is actually a roller coaster there.”

Justin’s Insight: For me the searing hot desert, and the locals deep disdain for Americans tends to keep me away from marking that my immediate vacation destination list. But that’s just me, I’ m pretty finicky and can’t seem to relax while its 110 or 10 degrees, but variety is the spice of life and we all live in a spice jar. So if you’re into playing ancient mysteries and want to go chase down mummies. Then more power to you, I’ll write you a card from under my tree. Although I do hear the local relaxation produce is nothing shorter than as amazing as the great pyramid itself. I don’t want to ruin all the surprises so I suggest you give this article a full read. Find out the other 5 extreme spots. Or if you’re more like me and have been waiting patiently nuzzled up to the trunk of your own tree. Then put away your book and join me for the last leg of our relaxation vacation. Where we visit some of the prettiest places, according to Forbes magazine. I don’t know about you weary travelers but my stomachs growling a bit. I sure wouldn’t mind stopping by for a bite to eat. So if you’ll join me, our next stop. As well as being one of the worlds prettiest places, it would probably also end up in a list  of the worlds best places to eat. This place of course is Tuscany. 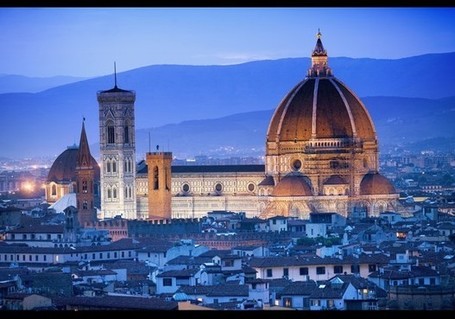 “From Piemonte to Sicilia, each of Italy’s regions has its own magic, but hill-town-studded Tuscany (Toscana) —like the timeless location you’ve seen in Merchant Ivory films—takes the prize,” Schultz deems. “The showcase city of Florence is its zenith, but look just beyond the city walls to a painting-perfect campaign of rolling hills blanketed with Chianti vineyards and olive groves, ancient Etruscan sites and history-rich towns like Lucca, Siena and San Gimignano.” Along its less-visited coast, the added surprise of sandy beaches and a sprinkling of islands is a welcome sight (Napoleon spent years of exile on Elba), Schultz adds”.

Justin’s insight: Beautiful coastlines, rolling hills, lush olive groves and inviting vineyards hold just some of the beauty,   which Tuscany is known for. Tuscany seems like the time machine, like the city itself is stuck in a time warp, and that’s because a lot of it has been.  With buildings going back as early as 1296, just being there give you a great sense of what life was like before Napoleon conquered Tuscany 1801. There’s nothing quite like relaxing  by the coast with a nice glass of red wine and a huge plate of Scarola e Fagioli. Then breaking the day up with a nice long nap in the tall grass of one of the many Tuscan rolling hills. But if you’re not yet tried and feel like venturing to go to Forbes. com and read the rest of the article. As for me there’s another glass of wine, there’s another plate of pasta with my name all over it. So until next time, safe travels and here’s to many more relaxing days ahead.

Written by Justin Reynolds
Justin Reynolds is an internet marketer and entrepreneur – spending the last 10 years working in the web hosting industry. In his spare time he has built and sold 4 small businesses. Justin works at SteadyDemand.com where he is social media consultant.

« Previous post
The 6 Best Pen Vaporizers On The Market (Updated for 2017)
Next post »
How To: Get Started With Plenty Vaporizer

The Best Weed Grinders Of 2019

CBD Oil Tincture – Is It For You?

Cinex: A hybrid parents of Cinderella 99

A Guide to Cinderella 99 Sativa Strains