Canada is the second country in the world and the first major economic power to permit the legal sale and consumption of cannabis on a recreational basis. Because so many U.S. states have passed seemingly similar regulations, many have overlooked Canada’s monumental step believing that the nation merely copied progressive states like Colorado and California.

However, that couldn’t be farther from the truth. Canada’s marijuana regulations are notably different from those enacted in the states, and understanding the differences could help American weed activists win more fights for legal marijuana.

The Development of Marijuana Regulations

The most significant difference between marijuana laws in the U.S. and Canada is that Canada’s central government devoted time and resources to researching and reviewing cannabis regulations before enacting country-wide law. Way back in 2015, then-new Prime Minister Justin Trudeau put together a task force with the purpose of developing processes and regulations for legalizing marijuana for recreational use. Working with both federal and provincial governments, the task force exhaustively researched options and developed recommendations that suited existing Canadian law and culture. The public has access to the task force’s report in 2016, and with some changes, the law was passed and enacted in 2018. Canadian Provinces have control over some aspects of regulation, like who owns and runs a Canadian cannabis dispensary or who can grow cannabis at home, but in every corner of the country, marijuana is available to adult users.

In contrast, the U.S government not only lacks regulation of marijuana at a national level but maintains laws criminalizing cultivation, sale, possession and use of the drug. The DEA and other federal agencies can and do prosecute a wide variety of marijuana offenses, which often result in incredibly high fines and/or years of incarceration. Meanwhile, 11 states at present (and as many as five more within the coming year) permit the sale and consumption of marijuana to adults for recreational use — in direct opposition to the Federal Government. Many of these regulations are developed swiftly, after a ballot initiative passes, with the result that many states are discovering that their regulations leave gaps in coverage or even encourage the proliferation of a cannabis black market. Unfortunately, the inconsistency in marijuana laws throughout the U.S. leaves many users confused, afraid and misinformed.

Speaking of misinformation, it abounds in discussions about cannabis. Despite being one of the first-ever domesticated crops and being integral to human civilization for millennia, cannabis isn’t particularly well understood. Largely because efforts to outlaw marijuana occurred just as modern scientific study became widespread and effective, most researchers have lacked reliable access to potent marijuana and thus have been unable to study its effects. As a result, most medical marijuana legislation was passed based on personal anecdotes and small, exceedingly limited experiments. 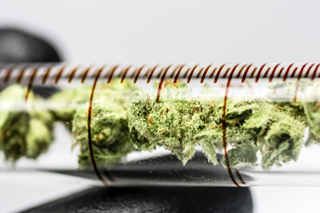 Today, cannabis research is becoming more common — largely because the cannabis industry is proving to be so profitable. However, much of the scientific study in the United States is highly dependent on state funding, which can be low and erratic. For example, most states eliminated the budget for marijuana research in the midst of the COVID-19 crisis. What’s more, all cannabis-related research must fight through layers upon layers of red tape from federal agencies, like the FDA, NIDA, the DEA and others.

In comparison, Canada’s marijuana testing is straightforward and comprehensive. Clinical trials on marijuana products are sponsored by the national government; licensed researchers are given permission to conduct all sorts of research. This should help not just Canadians but marijuana users around the world better understand the short- and long-term effects of the drug, and it should help doctors and pharmaceutical companies better leverage the drug for health.

The U.S. has a lot to learn about marijuana regulation — fortunately, it can learn much of it from its neighbor to the north. By no means are Canada’s cannabis regulations perfect, but they do serve to demonstrate that nationwide legalization of recreational marijuana can work.

Why You Should Try Natural Herbs For Skincare?

How Vaping Technology Has Adapted For Current Life

5 Different Types OF Vape Mods You Must Know